When we were house hunting, one of my favorite places was currently occupied by a family with four children. There were toys everywhere, swimsuits and towels hanging on a line slung across the backyard, there was an excellent swingset/fort, a shed full of gardening tools and construction materials, they had a great summer kitchen that had been converted into a huge mudroom, the entire place had a sort of lived-in softness that I just adore.

We didn’t get that one, because for some reason Nate convinced me that maaaaaaybe we weren’t in the right stage of life to be taking on a house built in the 1700s? And how would we possibly get furniture up that narrow staircase to the second floor? (For the record, I didn’t care. I would have paid extra for them to just leave all their belongings we we could just step into their life. For real.)

The house we did get was occupied by an older lady (not like, OLD, but older than us. Grown son somewhere around our age type of thing, you get it.) who traveled a lot for work and liked the finer things in life.

But one thing that doesn’t convert over so easily is a flooring choice. Now, a single lady may see nothing wrong with putting a high gloss white tile in an entryway, (and yes, it makes the light in there gorgeous and abundant) but ummmm yeah. Not so great for our 39 boots. (Are we centipedes? I don’t know. Maybe.)

When it’s clean, it looks amazing. And then I literally blink, and it’s filthy again, and I’m like ehhhhh the broom is so far away I just can’t. And then it just gets gradually more and more grimy until one day as everyone is trying to get out there door to school I stop in the middle of everything and just start cleaning.

The entire thing is really just an exercise in futility.

Like, I JUST cleaned this floor and it’s already dirty. Also, the boot situation doesn’t look too bad here because currently half the family is gone and also one that’s home is wearing his rainboots around the house. On the wrong feet, probably.

And can we also talk for a second of the annoying halfway season that we’re in? We sort of need both spring jackets and winter coats, snowboots and rainboots, and mittens just get soaked through and discarded in sopping piles on the floor at an alarming rate.

But yesterday I did a good thorough cleaning, including putting all the winter coats and snowpants through the wash. I’m not putting them away away, I’m not THAT dumb, it’s not going to be my fault when it snows one more time. But I am going to hang them in the closet and let the spring jackets be the designated go-to outerwear. Because I guess I’m an optimist? I don’t know, I’m trying a thing.

And in closing, speaking of trying a thing- Got my hair cut! It’s been, no joke, like over 16 months since I last had a haircut, and I was growing it out even longer than that. It was long. And shapeless. And just kinda ugh. It was a real BEFORE situation. 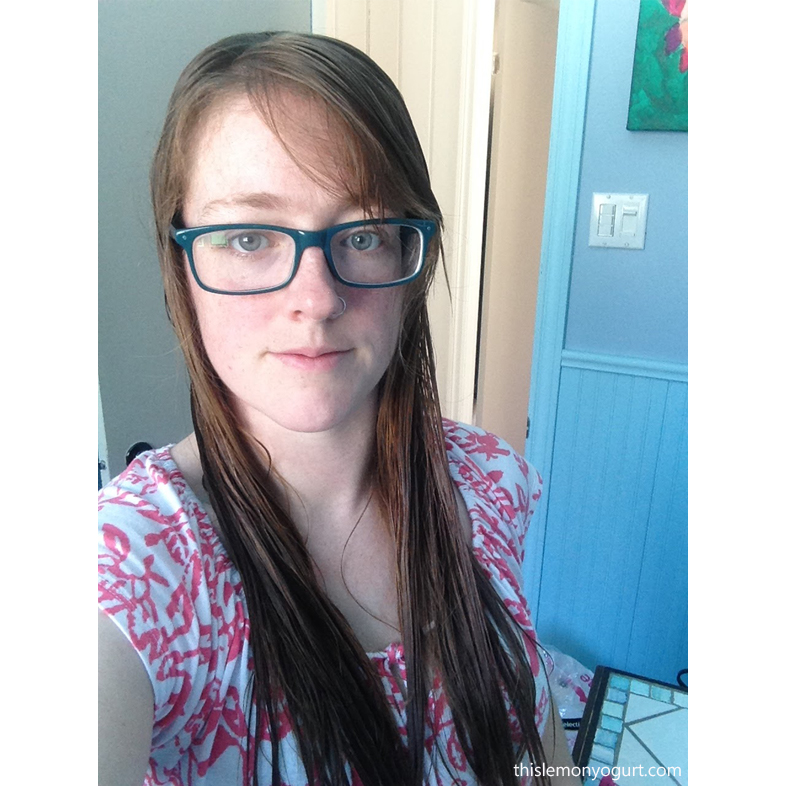 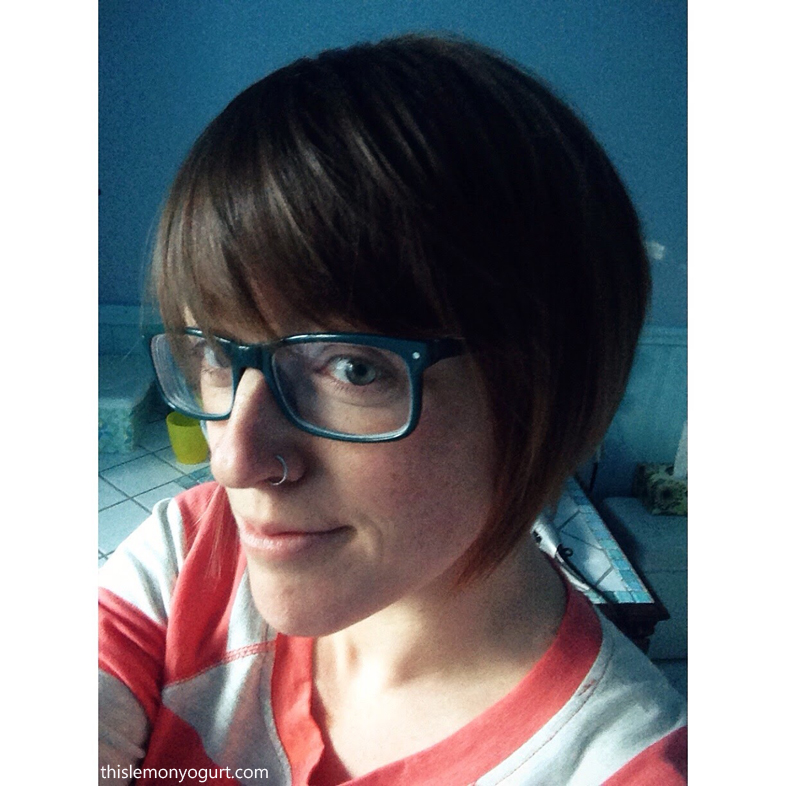 So I went and spent the morning alone downtown and got my hair cut at a salon in the basement of a gigantic chateau built in the late 1800s, and got coffee and walked around a little and just started being me again. It was good.

Annnnnnd Paw Patrol’s over. Time’s up. Peace out.